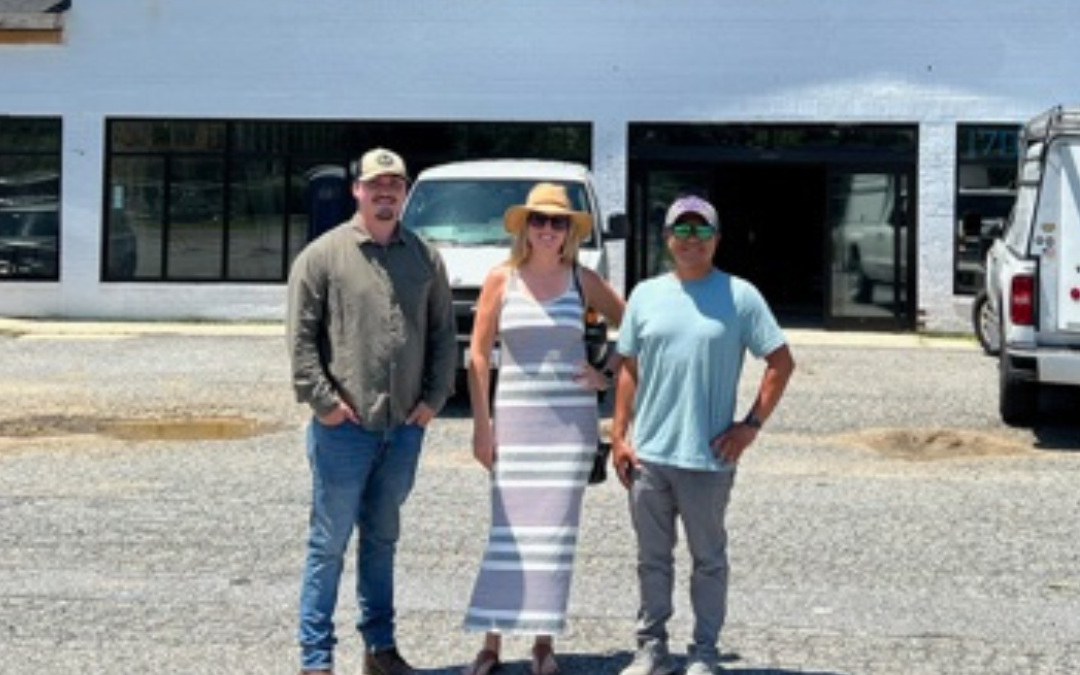 Cobb Island is about as far from Indian Head as you can get and still be in Charles County.

It’s a 45-minute drive, but you can make the full trip and still not hit more than a handful of traffic lights. The two towns have a lot in common.

They’re both essentially the end of the line. No one can pass through either one without ending up in the Potomac River. Both towns are historic, charming and friendly.

They are both food deserts.

In neither Cobb Island nor Indian Head, at this very moment, can a resident find fresh meat, fruit or produce. In fact, for Cobb Island residents, the drive to acquire it is even longer than for those in Indian Head. From Cobb Island, they’ve got to hop in the car and travel 18 miles (with tolls) to Dahlgren, Virginia, or 22 miles to La Plata.

Fortunately, change is coming to both places.

As we work hard to bring Oasis Fresh Foods Market to Indian Head, a group in Cobb Island is nearing the finish line in its quest to open a similar market on the banks of Neale Sound.

“Very early in our process here in Indian Head, we were aware of what was going on in Cobb Island,” said Mark Steele, one of the owners of Oasis Fresh Foods Market. “Eventually, we met and got to know the team over there, and it’s been extremely enlightening and helpful. We’ve got the same goals, and we can be allies for each other.”

As with many of its residents, the Cobb Island area is a second home for Kris Collo. Along with his significant other, Christine Budnick, he purchased a waterfront property in nearby Newburg. The couple from Ashburn, Virginia, both fell in love with the place, and it represented an escape for them and their children, especially during the pandemic.

Kris is a dedicated entrepreneur. As a 21-year-old in 1997, he founded a software company, MicroPact, and eventually grew it to nearly 500 employees. After selling the business to a large, publicly traded company, Kris stayed on for a few more years before stepping aside and entering pseudo-retirement.

When Kris and Christine arrived in the area, Cobb Island Market was still open. It offered convenience for the locals and a variety of products, but it was not a full grocery store. On one of his visits, Kris noticed a “For Sale” sign.

“I’m a business junkie. I like building businesses,” Kris said. “When it went up for sale, I turned to Christine and said, ‘What do you think about this hair-brained idea of buying this building and starting a grocery store?’”

Things have moved quickly since then, notwithstanding the usual assortment of supply chain and regulatory delays. The Cobb Island team has been hard at work renovating and modernizing the building and installing the infrastructure for the grocery store Cobb Island deserves.

“My responsibility is making sure my customers are happy,” Austin said. “As long as I’m getting customers in the store, seeing fresh products and a good array of products, I’ll feel like I’m doing my job as general manager.”

Kris and Christine met Mark and Marilyn Steele, the Oasis owners, earlier this year. It was evident from that first meeting that the similarities between the towns and the stores were hard to ignore.

“Our stories are almost identical,” Kris said. “No experience in the grocery store business. Both live in a food desert. We’re both looking to do something good for the community and try to solve this food desert challenge in our area.”

Since Oasis isn’t expected to open until 2023, the Cobb Island team is a bit farther along in their journey. They’ve been generous with insights and advice about what to expect and what mistakes to avoid.

The wisdom has been both practical and procedural.

“When opening up anything new, it just takes time,” Kris said. “Our job is just to go through that process. Even more so during the age of COVID, you need to reach out to vendors sooner than later. There are long lead times for refrigeration, chillers, walk-ins. Everything is backlogged, and you’ve got supply chain challenges.”

On Cobb Island, the team is nearing the finish line — their Grand Opening. The team in Indian Head is watching and rooting them on.

“We’re so excited to see the Cobb Island Public Market opening,” Marilyn said. “We’ll be among their first customers. Anything we can learn from each other’s experiences is an opportunity to make us both stronger and to make our towns better places to live.”