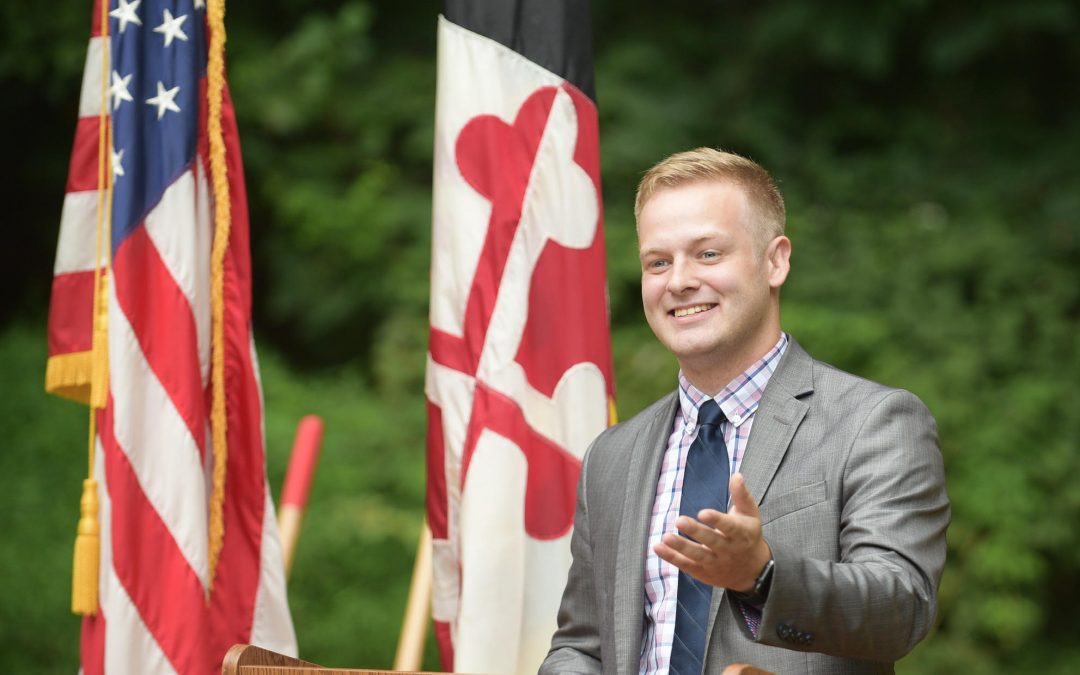 The mayor of Indian Head has never known his hometown as anything but a food desert.

It’s why Oasis Fresh Foods Market has had no bigger champion, no stronger voice in its corner than Brandon Paulin. It’s what has driven him over the last two years to do everything in his power to bring to life this dream of an independent grocery store in Indian Head.

Paulin was 3 years old when the SuperFresh closed its doors in 1999. He grew up in a town where it was impossible for his parents to drive down the street to pick up the basic ingredients for a family dinner. Every shopping trip became a chore.

He never knew anything else — but he knew it wasn’t right.

“The town lost a whole lot that day,” Paulin said of the SuperFresh’s closing. “Not just the accessibility to fresh fruits and vegetables. We saw, for a decade and a half after that, stagnation and decline that affected a lot of different properties and businesses throughout town.”

As he looked around, he knew that the town was a shell of what it could be, of what it should be. So at age 19, barely old enough to vote himself, he ran for Town Council. He ended up as the top overall vote-getter, which meant that he was now the mayor — the youngest mayor in America.

Seven years later, his vision for Indian Head is taking shape more fully each day. He is dedicated to the town and has supported the grocery store initiative from the beginning.

“Ever since we opened Clarity Coffee House in Indian Head, it was obvious to us that the town needed a grocery store,” said Marilyn Steele, who has spearheaded the effort along with her husband, Mark, and a growing collection of local leaders. “Fortunately, Mayor Paulin felt just as strongly. This project would not be where it is today without his support and the support of other leaders in the town.”

Always Part of the Plan

Since 1999, no one has disputed that Indian Head needed a grocery store. Paulin points out that it’s been part of every economic development plan the town has put together for the last two decades.

Yet, it proved to be far more difficult in execution than in imagination. 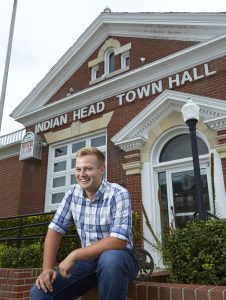 Shortly after his election in 2015, Paulin launched a nationwide search for a brand name grocery retailer to come to town. His pleas fell on deaf ears. The town, they said, was too small, not worth their time.

“What we learned talking to different grocers was that we didn’t have enough traffic count to fit a lot of these stores’ business models,” he said. “These chains and national grocery stores weren’t interested.”

It became apparent that a solution was going to have to come from within the community. In 2019, a passionate group of area residents joined together to form a group called the Indian Head Food Co-Op. They began researching potential options to bring fresh food to Indian Head. They held community forums inside Indian Head’s Black Box Theater to ignite the conversation and get the ball rolling.

The effort was gaining momentum, but progress toward the co-op stalled when the pandemic arrived in early 2020.

That period, however, only reinforced the importance of having the basic necessities — like fresh food — available close to home. It was during this time that Mark and Marilyn Steele came forward with a plan that had potential.

The Algonquin Building, just a few doors down from their Clarity Coffee House, had sat essentially vacant for years. Its last tenant, Indian Head Furniture, had long since gone out of business.

Paulin recalled his sense of optimism when they approached him with the idea.

“They said, ‘Hey, we have this idea. This is the building. This is what it’s going to need to get it going. Are you guys on board?’”

To support efforts to revitalize Indian Head and encourage commerce, the town had already taken steps to make itself more attractive to new businesses. It waived all commercial permitting fees for any business looking to set up in Indian Head. Town officials consistently looked for other opportunities to make the process of doing business in town a smoother one.

To bring a grocery store to Indian Head — finally, after all these years — Paulin would do anything in his power. Town Manager Ryan Hicks has also become a vital resource for Oasis, working hard behind the scenes to execute the many detailed steps that it has taken to bring this vision into the world.

The American Rescue Plan took effect in early 2021, offering federal funds to help expedite the economic recovery after the lockdowns, shutdowns and quarantines delivered a hit to every part of American commerce.

Paulin and other leaders in Indian Head saw the opportunity and seized it. With a powerful endorsement from past Town Council Member Randy Albright, the council approved $375,000 in ARP funds to go toward the development of the new grocery store.

“Acquiring that funding was a game-changer,” Marilyn Steele said. “Even though the full cost of the effort is much higher, the ARP funding let us know that we truly could get this done.”

Now, along with additional grants and other investments, Oasis Fresh Foods Market is well on its way to opening its doors in 2023. It’s the latest in a growing list of economic success stories in Indian Head.

The College of Southern Maryland’s Velocity Center opened in 2021. The Maryland Technology Center opened in 2022 in a space that had been vacant since SuperFresh left in 1999. It is anchored by the U.S. Bomb Technician Association’s Bomb Disposal Technology and Training Center, and additional space in the building will be filled by other defense and technology-focused businesses.

More projects are on the way, including high-profile places like the Potomac River waterfront and the town’s Village Green, where the Southern Maryland Carousel Group has plans to bring a carousel to town.

The team at Oasis is thrilled to be a part of this new wave of development and potential prosperity in Indian Head. And Paulin is looking forward to seeing the further transformation of his hometown.

“It’s going to be a massive impact,” he said. “It will be our first grocery store since the 90s. There are residents that have no recollection that Indian Head ever had a grocery store. We won’t be a food desert anymore.”